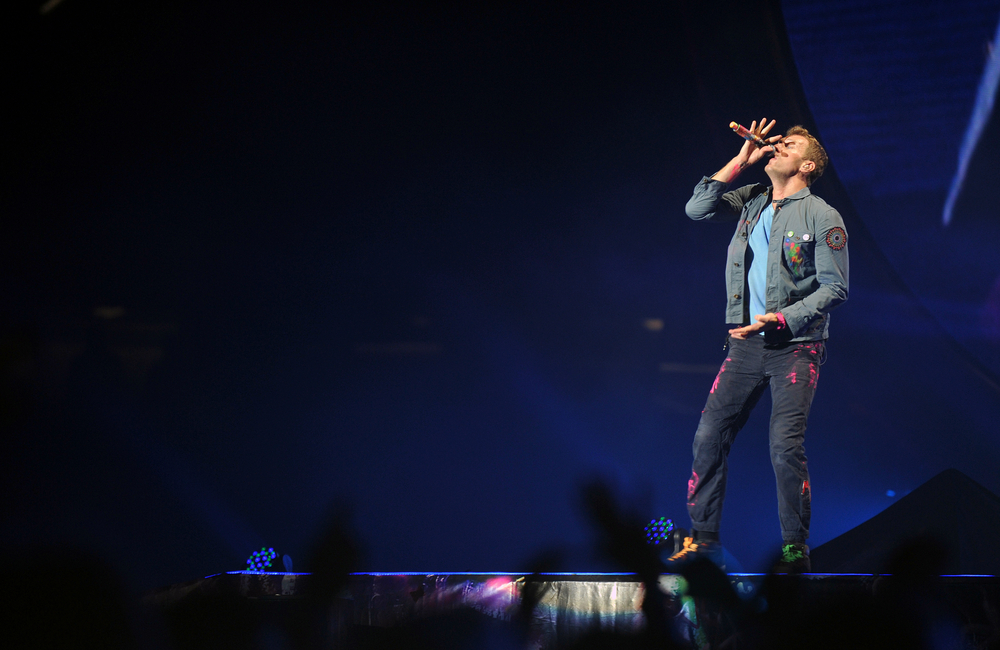 Plenty of us grew up being told not to listen to loud music because it will make us go deaf. While hearing loss is a real consequence of loud noise exposure, what people don’t talk about nearly enough is the potential for tinnitus due to prolonged loud noise exposure.

Tinnitus—often manifests as a ringing in the ears or other monotone sound—can be highly disruptive, and Coldplay lead singer Chris Martin has made a point to bring awareness to the importance of hearing protection to prevent tinnitus.

Impact Of Tinnitus On Chris Martin

There are different degrees of tinnitus, and depending on what level of intensity you experience, you may not consider tinnitus much of a problem. That was the case for Chris originally.

Chris had mentioned in many interviews that he started to notice his tinnitus when he was a teenager listening to loud music. But like with many people who experience temporary tinnitus, Chris ignored it.

It wasn’t until the international success of Coldplay in the early 2000s that Chris’ tinnitus went from mild and temporary to a private plague. His tinnitus became more severe as the band performed without hearing protection. It got to the point where Chris was suffering from headaches and couldn’t find any relief from his tinnitus.

The Coldplay singer took matters into his own hands when he found his tinnitus unbearable and began to look for a health care specialist who could help. When he found a specialist to help him, Chris was diagnosed with tinnitus.

He was cautioned to start protecting his hearing now to prevent further worsening of his tinnitus and future hearing loss. From that time forward, Chris and his bandmates in Coldplay wore special filtered earplugs or customized in-ear monitors to protect them as they perform. Since Chris has taken steps to protect his hearing, his tinnitus hasn’t become worse.

Along with adding hearing protection, Chris made lifestyle changes to help reduce the impact of his tinnitus. Between being more mindful about reducing his stress levels, Chris has also focused on eating a healthy diet that promotes hearing health.

Not all health care providers are trained to assist with tinnitus, and many may offer the unhelpful advice of “just learn to live with it”. Rather than be content with this kind of non-help, you can work with our hearing health care specialists here at Hearing Associates of Las Vegas. They have extensive training and education regarding tinnitus diagnoses and can provide you with an array of tinnitus treatment options.

As Chris has taken steps to protect his own hearing, he has also become a significant promoter of hearing protection for music lovers young and old, joining the ranks of many other prestigious hearing aid hero musicians.

As he has regretfully said that he didn’t take care of his hearing when he was younger, he wants to make sure that his young fans take steps to protect their hearing by at least wearing earplugs when attending concerts. Chris’ own children have been photographed wearing hearing protection when at Coldplay concerts.

So, the next time you are going to a concert or are tempted to max out the volume on your music, consider the consequences and opt to take better care of your hearing instead.