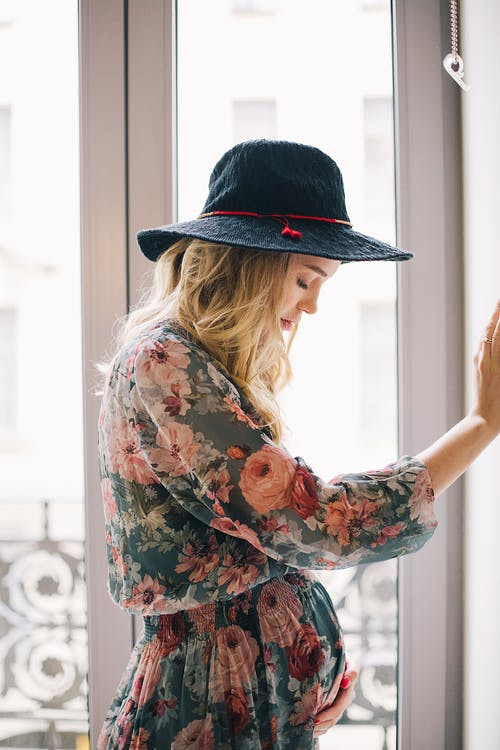 Why Tinnitus Happens During Pregnancy

Many would agree that a pregnancy can be one of the most beautiful things for both a mother and a father. However, many would agree that a mother usually has a rougher time with it than the father. While pregnancy may be a great thing for the mother, the side effects may not be as incredible. Nasua, fatigue, back pain, and cravings are all common side effects of pregnancies for many mothers. However, two less common side effects that often get overlooked are tinnitus and, less frequently, hearing loss.

Tinnitus is the most common ear complaint lodged during pregnancy, affecting 1 in 3 pregnant women (then the normal 1 in 10). Also, 2 out of 3 women who have tinnitus before pregnancy report an increase in their tinnitus during pregnancy, usually during the second and third trimester.

Tinnitus is often defined as a ringing in your ears but can also be heard as a buzzing, humming, or hissing. Tinnitus is not a diagnosis on its own, but it is usually a symptom of something more profound, such as hearing loss.

But why is this so common? Regular hormonal and circulatory changes to the body during pregnancy are to blame.

The nerve cells in your cochlea (a structure in the inner ear) convert vibrations caused by sound waves into electrical impulses. These impulses travel via the auditory nerve into the brain. Physical changes that occur during pregnancy can interfere with this sensitive process and account for the new or increased tinnitus perception.

Some of these changes that occur during pregnancy include an expected increase in circulating blood volume and increased blood pressure. The inner ear is surrounded by several major blood vessels, and this increase in pressure is transmitted directly to the fluid inside the cochlea.

High blood pressure can also cause other pregnancy complications, including preeclampsia and HELLP syndrome, both of which can escalate into medical emergencies for both the mom and the baby.

However, less commonly, these hearing impairments during pregnancy may be due to high blood pressure, migraines/headaches, anemia, ear and sinus infections, stress and poor sleep, or earwax blockage.

Another cause for this increase in tinnitus is the natural retention of salts and water during pregnancy. This can cause localized swelling, which may alter electrical impulses between the ear and brain and affect tinnitus if affecting the cochlea’s tissues.

Pregnancy can be both physically and mentally demanding on a woman. The first time occurrence of tinnitus during pregnancy or the increase of existing tinnitus can be alarming. If you or someone you love is experiencing tinnitus symptoms during pregnancy, it is imperative to immediately consult a hearing specialist. Something as easy as a quick hearing evaluation could help you avoid more severe problems, such as hearing loss.

While pregnancy may increase your chances for tinnitus and hearing loss, the symptoms of these two ailments can also affect your pregnancy. Besides the constant ringing in your ears from tinnitus, some other side effects of hearing loss and tinnitus include sleeping problems, poor mood, and increased headaches.

Being unable to fall or stay asleep is common for pregnant women with tinnitus or hearing loss. The constant ringing from tinnitus and/or the imbalance caused by hearing loss create an environment that is not conducive to sleep. This, in turn, may affect the health of the mother and baby.

Increased headaches is another effect that can occur from tinnitus or hearing loss. Both make a mother much more vulnerable to increased headaches, affecting the mother’s mood and diet, which may affect the pregnancy.

The duration of your tinnitus entirely depends on the cause. If it’s purely pregnancy-related, then it should go away within a few weeks after birth.

However, chronic tinnitus can occur if the reason is more serious than transient pregnancy issues.

If you have past experiences with tinnitus, hearing damage, prolonged exposure to loud noises, or headaches, you’re at a higher risk of getting it while pregnant. Pregnancy alone is not a cause for tinnitus, but instead an exacerbating factor.

But what can you do about tinnitus or hearing loss during pregnancy? The simple answer to this is to consult a doctor. If you are looking for more temporary relief, a healthy diet, zinc addition into the diet, and avoidance of loud sounds may help somewhat.

While not permanent solutions, doing these simple three things may give you enough temporary relief to seek a long-term solution.