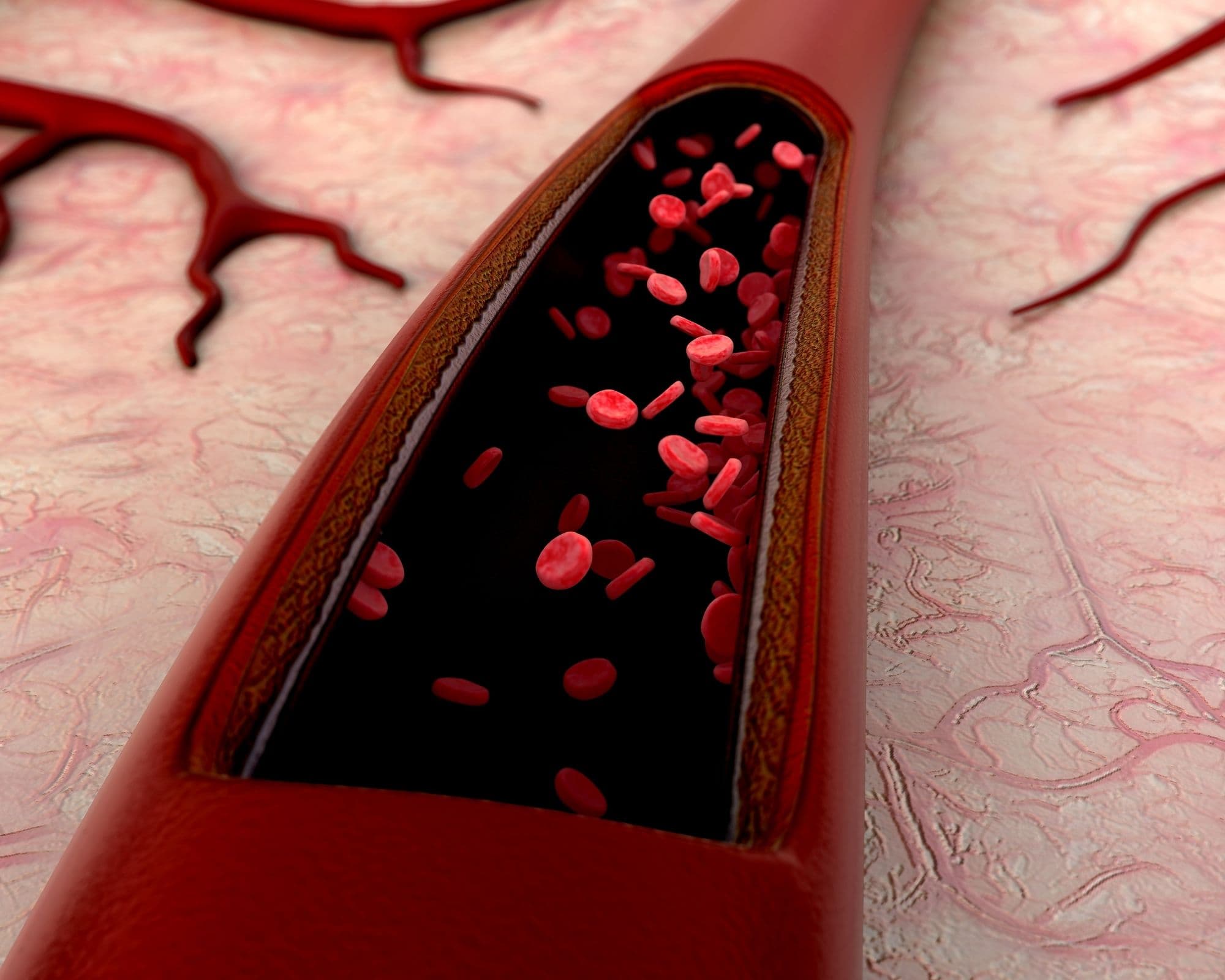 Pulsatile tinnitus is a rhythmical noise that beats at the same rate as the heart and is the sound of blood circulating the body. This can be confirmed by a person taking their pulse as they listen to the tinnitus noise.

Unlike other forms of tinnitus, which are thought to be caused by a disconnect between the sounds a person may hear and how their brain interprets these sounds, pulsatile tinnitus has a physical source.

The cause of pulsatile tinnitus occurs when the ear becomes aware of a change in blood flow in nearby blood vessels. This may include the arteries and veins in the neck, the base of the skull, and the ear itself.

The main factor for this is increased blood flow. When blood is flowing quickly, such as during strenuous exercise or pregnancy, it makes more noise, which may exacerbate or cause this condition.

Severe anemia or having an overactive thyroid gland may also cause general increased blood flow in the body.

Sometimes, blood flow may increase in just one or one group of vessels. Tumors in the head and neck can lead to abnormal blood vessels, which can result in pulsatile tinnitus.

A heightened awareness of sound may be caused by injuries or disorders in the ear, which may also lead to pulsatile tinnitus.

If someone is suffering from a condition causing conductive hearing loss, such as a perforated eardrum or glue ear, they tend to be more aware of sounds inside their body.

People can also experience a heightened sensitivity in their auditory pathways, meaning the brain is alerted to normal noises in the blood vessels that it would usually ignore.

To diagnose tinnitus, a doctor usually asks questions such as whether the sound is continuous, affects one or both ears, and what impact it is having on a person’s everyday life. This varies significantly from person to person, as does the tinnitus they may suffer from.

They will also ask whether a person has experienced any other symptoms of hearing loss or if they have been taking medications that list tinnitus as a side effect.

A doctor will then examine the inside and outside of the ear to check for problems that might be easy to treat, such as an infection or excess earwax.

In people with pulsatile tinnitus, doctors may suggest that they have additional tests, such as an MRI or ultrasound scan. This is done to study the blood vessels and check the pressure inside the head.

While this all sounds like a lot to those with little familiarity with tinnitus, do not worry; treatments are available. Sound enrichment or therapy may help to ease the symptoms of tinnitus.

If a specific cause is found for your pulsatile tinnitus, doctors can treat the underlying condition.
Anemia is probably the easiest of these conditions to treat, as it can be treated with medication or blood transfusions.

Secretory otitis media may be treated with a tympanostomy tube or grommet. Perforated eardrums can be closed with grafts, and narrowed segments of an artery can be repaired.

If your tinnitus is caused by a specific blood vessel, doctors may or may not be able to repair it, depending on where the vessel is located.

However, if one area of medicine cannot provide treatment for your tinnitus, other treatments are still available.

One of the principal treatments available to those that suffer from pulsatile tinnitus is sound therapy. Sound therapy, also called sound enrichment, was initially developed as a form of distraction. This a more natural treatment for pulsatile

Many people with tinnitus notice their symptoms more when in a quiet environment, so listening to other sounds may make their tinnitus more manageable. Sound therapy is the deliberate use of any sound to reduce a person’s awareness of tinnitus.

While most people listen to environmental noise or music, you can pair a smartphone app, use a sound generator, or practice relaxation techniques.

Specific changes occur in the body when a person relaxes, including a drop in their heart rate, blood pressure, and some brain activity.

Relaxation techniques, such as breathing exercises, mindfulness, and meditation, have shown a marked improvement for those that suffer from tinnitus. They may also reduce the impact pulsatile tinnitus can have on everyday life.

Another suitable option for treatment is cognitive-behavioral therapy.

Cognitive-behavioral therapy (CBT) aims to change the way people react to their tinnitus rather than remove the actual sounds. The idea is to learn techniques to improve how a person thinks about and acts towards tinnitus’s impact on their everyday lives.

Tinnitus retraining therapy (TRT) is another form of therapy that aims to help people manage the impact tinnitus has on their everyday life. TRT uses directive counseling and sound therapy.

While pulsatile tinnitus may seem daunting at first, many things can be done to help someone with this condition. However, the important thing is to remember to get tested and diagnosed if you believe you suffer from this condition.

Untreated pulsatile tinnitus can harm a person’s quality of life and can lead to other ailments. If you live in the Las Vegas area, come to Hearing Associates of Las Vegas for a quick hearing test that could get you back on the path to healthy hearing.