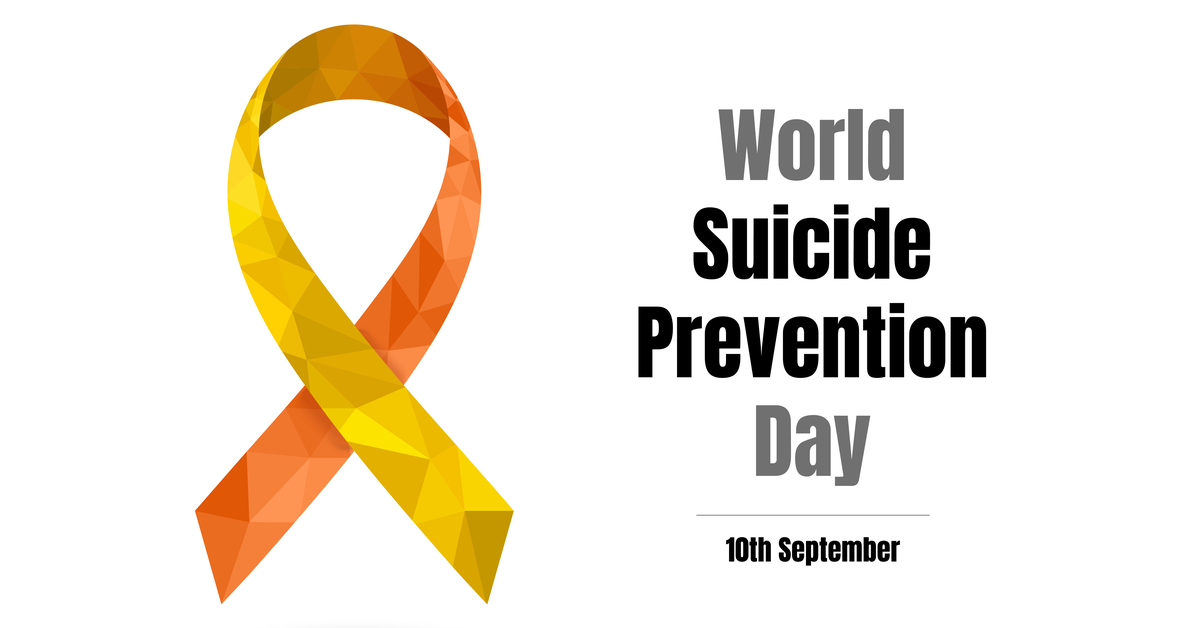 In the United States alone, suicide rates have increased by 33%, according to the Centers for Disease Control and Prevention (CDC). Yet, these numbers don’t illuminate the reasons people feel like suicide is the only solution.

With World Suicide Prevention Day coming up on September 10th, here at Hearing Associates of Las Vegas, we wanted to call attention the connection between suicide and tinnitus.

How Does Tinnitus Lead To Suicide

Often characterized as a ringing in the ears, tinnitus can be a variety of monotone sounds that only the tinnitus sufferer can hear. This simple description can make tinnitus seem annoying, but not that big a deal. But consider this example.

Say you constantly heard a screeching sound. The sound is constant, the same pitch and volume, and you can’t escape it. The screeching is there while you talk to friends when you are working, and while you try to sleep. Constant screeching that makes focusing hard, and that interrupts your concentration constantly. Rather than being a funny punchline on a sitcom, tinnitus is an ever-present reality you can’t get away from.

That example is no over-exaggeration. The American Tinnitus Association has polled people on how their tinnitus impacts them and made the graphic below to illustrate the answers. 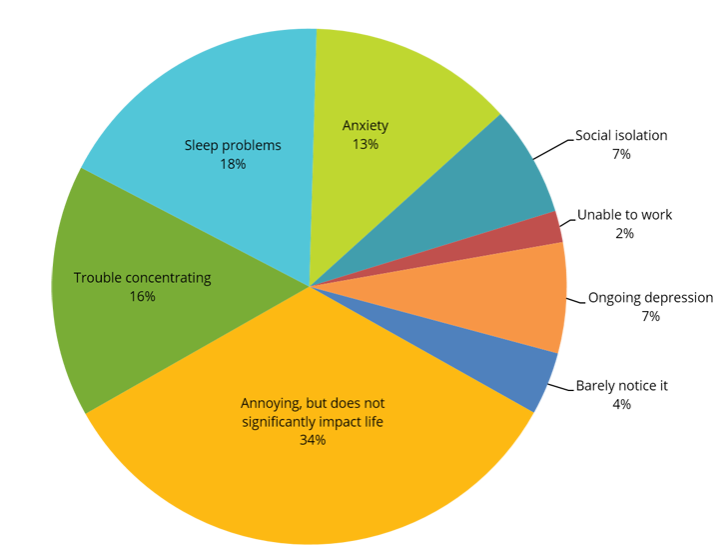 As you can see, over 63% of the respondents who had tinnitus stated that their tinnitus had an impact on their lives, some of them with severe results. In the US alone, there are 2 million people living with severe tinnitus, and as it continues to impact their lives, many can become desperate and feel like suicide is the only answer.

Unfortunately, as there is no cure for tinnitus, some medical professionals will shrug and tell people to “learn to live with it.” Rather than leaving people without solutions, there is tinnitus treatment available when you work with hearing health care specialists.

Our Patients’ Before And After Tinnitus Treatment

As one of our hearing clinic’s specialties is tinnitus treatment, we have been privileged to help a number of people reclaim their lives from tinnitus. Below are a few of our patient stories and their tinnitus treatment journey.

Alex State went from having mild bouts of tinnitus after loud experiences to trying to live with severe tinnitus. His particular tinnitus trigger was his blood pressure medication, but there can be many triggers for tinnitus ranging from stress to loud noise exposure.

With Alex, he had one of the most severe cases of tinnitus that we have seen in our clinics. Not only was he unable to sleep more than a couple of hours due to the sound of his tinnitus, but Alex could barely hear anything over his tinnitus.

The constant strain of being unable to hear anything other than his tinnitus and being kept awake at night took a toll on Alex. His work suffered, and he was on the verge of breaking up with his girlfriend when he came into our office to try the Levo system.

A specialized type of tinnitus treatment, the Levo system re-trains your brain in your sleep to recognize and file away your tinnitus without your notice. The first night Alex used the Levo system, he was able to fall asleep right away, something that he hadn’t been able to do in years due to tinnitus. In under six months, Alex’s tinnitus became noticeable.

You can read all of Alex’s journey with his tinnitus and the Levo system here.

Patrick O’Reilly—much like Alex—had experienced tinnitus before, but it had always gone away. But in the wake of a devastating stroke, Patrick went from occasionally hearing his tinnitus to having it as a constant companion.

Not only was Patrick struggling to relearn how to walk—after being a runner before his stroke—but his tinnitus impacting his recovery. The stress of being constantly haunted by his tinnitus made Patrick feel alone and the stress and depression, which his wife noticed and decided to look for answers.

She found Hearing Associates of Las Vegas, and one of our hearing instrument specialists recommend that Patrick try Widex Zen Therapy hearing aids. While Patrick did not have hearing loss, these hearing aids came with built-in tinnitus management, allowing soothing sounds to help keep Patrick from only hearing his tinnitus.

With white noise—rather than the stressful sound of his tinnitus—in Patrick’s ears, he is able to ignore his tinnitus and forget about it most of the time, which is a huge step from being overwhelmed by it previously.

Part of our passion and understanding for those struggling with tinnitus comes from one of our own dealing with tinnitus. Owner of Hearing Associates of Las Vegas and hearing instrument specialist Robyn Lofton had her tinnitus worsen slowly over time.

She used to only have short episodes of tinnitus, usually at night and used a fan to drown out her tinnitus. But once it began to impede her day-to-day activities, Robyn knew what to do. Since she is a hearing instrument specialist, Robyn was able to order a set of Widex Zen Therapy hearing aids. Those who aren’t hearing health care professionals will need to work with hearing professionals to receive hearing aids, as they are restricted medical devices.

With her Widex Zen Therapy hearing aids, Robyn has been able to enjoy relief from her tinnitus. Also, with her additional insight into what it is like living with tinnitus, those who are struggling with tinnitus can finally find an understanding hearing professional who doesn’t dismiss their tinnitus.

Tinnitus has a real emotional impact, from increasing stress levels and driving many people deeper into depression. While there are only a handful of cases that directly link tinnitus and suicide, with the emotional and physical factors of tinnitus, that number can be deceptive.

If you or a loved one has been struggling with tinnitus, know that you don’t have to try to deal with on your own. Our hearing health care professionals can help you find the right tinnitus treatment so that you can manage your tinnitus and not let it manage you. Contact us for a consultation and free yourself from your struggles with tinnitus.