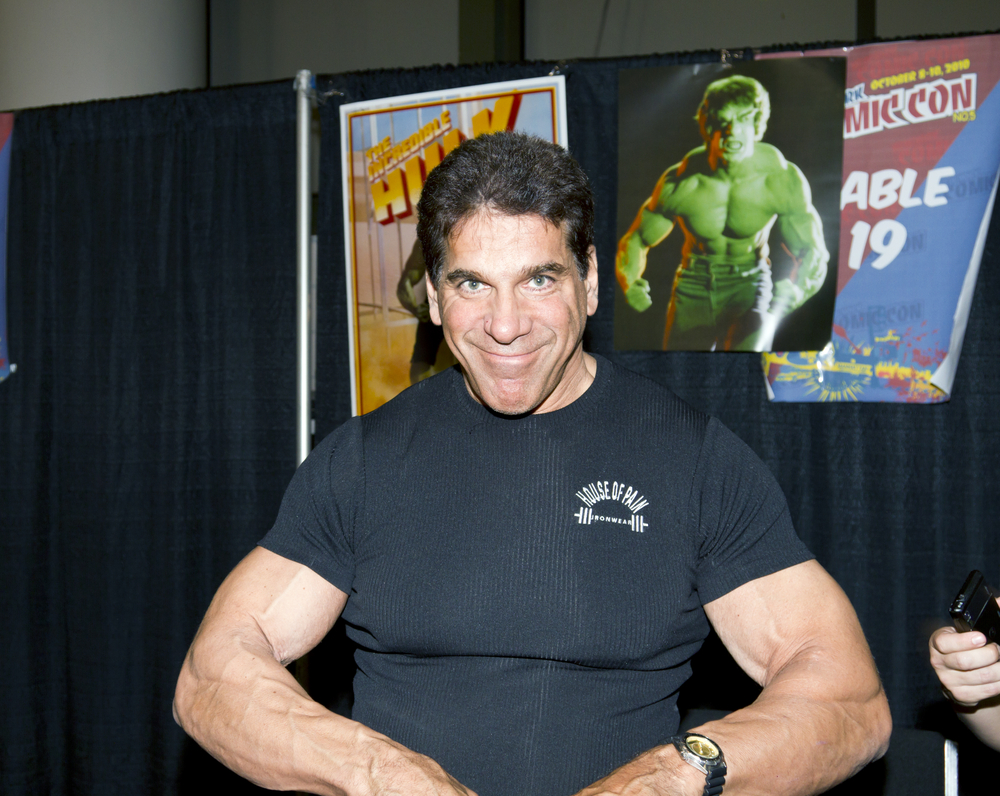 We love to highlight individuals who have decided not to let their hearing loss or the use of hearing aids hold them back from whatever they wanted to do. And no one is a better example of breaking the stigma surrounding hearing aids and hearing loss than Lou Ferrigno.

Ferrigno developed hearing loss not long after his birth. Due to several ear infections in both ears, Ferrigno lost 75-80% of his hearing. This loss wasn’t diagnosed until he was three years old, and Ferrigno did not receive his first hearing aid until he was four years old.

When hearing loss goes untreated in children, it can lead to developmental delays, comprehension issues, and difficulties with speech. Ferrigno struggled to speak clearly growing up, and as his family could only afford one hearing aid, he did the best he could to hear and comprehend.

However, Ferrigno has said in interviews that even with his best efforts, his classmates bullied him. “They used to call me ‘deaf Louie,’ ‘deaf mute,’ because of my hearing and because of the way I sounded,” Ferrigno said.

Hearing loss can cause issues with speech, comprehension, and group inclusion. That’s why our hearing specialists encourage people to take care of their hearing needs as soon as possible.

Ferrigno found comfort in comic book heroes like Superman and the Hulk, so much so that by the time Ferrigno started weight training at thirteen years old. His family couldn’t afford weights for him to train with, so Ferrigno used two buckets partially filled with cement and a broomstick handle.

This drive to succeed led Ferrigno to keep pursuing his dreams and enter bodybuilding competitions, succeeding in winning major titles such as Mr. America and Mr. Universe. In fact, to this day, Ferrigno is the youngest person to have won the title of Mr. Universe, which he earned at 21 years old.

His impressive physique also helped Ferrigno achieve a childhood dream to play the Incredible Hulk, which he did in the late 1970s. He is still an active figure in the fitness community, a strong supporter of the Starkey Hearing Foundation, and a volunteer deputy sheriff.

Hearing Loss Challenged Him To Be His Best

Perhaps one of the most impressive things about Ferrigno is how he approaches his hearing loss to this day. Some people, when faced with hearing loss, feel defeated and want to withdraw from the world around them. But not Ferrigno.

In fact, in several interviews, Ferrigno has made it a point to say how he appreciates his hearing loss. Ferrigno has said that he believes his hearing loss was the challenge he needed to succeed far beyond his humble beginnings. Going from growing up in a family where they could only afford one hearing aid to the successful actor, popular personal trainer, and entrepreneur that Ferrigno is today, who’s to say that hearing loss wasn’t his motivating factor?

From Lou Ferrigno’s example, we can clearly see the benefits—and pitfalls—of hearing loss and how critical it is to address your hearing loss as soon as you notice it.

If you are ready to face your hearing loss head-on, we are here to help you. Feel free to contact us today to set up your appointment.